If Andrew Luck grew it a little longer and colored it red... 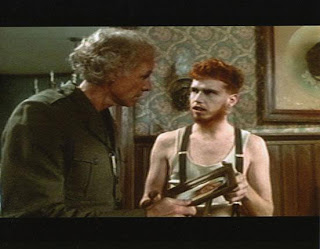 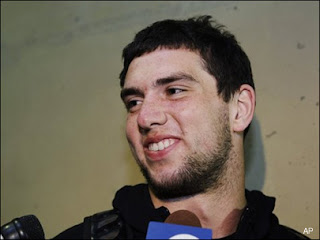 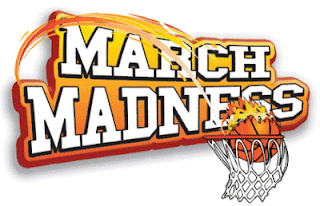 The only time all year long I watch college basketball is during "March Madness". I love filling out a bracket and trying to pick the upsets.

The bad thing about "March Madness" is most of the games take place during the day when the tournament first gets started. It is hard to keep track of the Ohio State score with your boss peeking over your shoulder.


Well Hooters has come to the rescue! They are offering up a doctor's excuse, along with a coupon for a free appetizer. So just call in sick, head down to your local Hooter's, enjoy the games and come back to work on Monday with an excuse. I am not sure who thought of this but it is genius. If you are interested in participating all you have to do is go to the link below and print off your doctor's note and free appetizer coupon. Enjoy the games everyone.

The Super Bowl reminds me of my grandfather. We loved betting on the Super Bowl props. We would put $10 on 10 we thought we could win and would watch the games together. It just makes watching more fun. My grandfather taught me how to gamble and while some might think that is a bad thing, it is one of my fondest memories. He taught me how to play cards and then would get me in the game with all his friends and I would take all their money. When I was 13 years old, I told people when I grow up I wanted to become a bookie. My grandfather is a lot of the reason I am the person I am today and I like who I am.

My grandfather passed away in 2005. To be honest, things have not been the same since. I miss him very much. I still carry on the props tradition and would like to share with you my picks for today.

My first pick of course was to take my Steelers +3. I love taking the Steelers as an underdog because they usually cover, if not win the game. I am counting on them to win it outright today.

Now for the props...we always do the coin toss. This year I am going to go with tails.

My next prop just looked so obvious to me. Usually that is a bad sign but I am going to go ahead and go with it. I have taken the over for longest field goal of 43.5 yards. How many games have there been at least 45 yard field goals? Surely one of these kickers can hit one in an indoor stadium.

Last but not least...Heath Miller. I love this guy and this one jumped out at me. I have taken Heath Miller to go over 3.5 receptions today.

Enjoy the game today and win some money in the process.
5 comments: 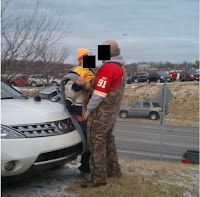 The Chiefs lost on Sunday. It certainly didn't stop these two from having a great day! Your team loses...why not go at it on the hood of a car after the game? I just hope it was their car.
Should I be proud or ashamed of being a resident of the state of Missouri?? It's a toss-up I think.
*photo from Deadspin.com*
2 comments:

Tony Romo Out With Injury

Tony Romo will miss 6-8 weeks with a broken collarbone, suffered at the hands of the NY Giants during last night's game. Jon Kitna is the backup for the Cowboys and has not looked very good so far.

I think you can kiss the Cowboys season good-bye. I am grinning from ear to ear. Jerry Jones is probably vomiting right now in the shrimp cocktail bowl. Ahhh life is good.
4 comments:

In a radio interview today, Tom Brady admitted to being whipped. He was asked by the radio host, Greg Hill,"is there anything I can do to make you cut your hair?" Brady responds, "Ah, you'll have to speak to my wife about that." Gag.

Look at this hair. It is a girlie mess. The only thing I can conclude is that Gisele must be into girls or Justin Bieber. 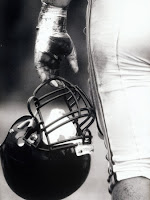 Every year I like to throw out a few random predictions I have come up with during the off-season. So here we go...

Everyone will know who Arian Foster is by the end of the year.

Tom Brady has really bad hair. Get it cut man.

The Broncos fans will build a shrine to Tim Tebow and worship there daily.

Kurt Warner will be kicked off "Dancing with the Stars" the first week. The man could not even slide in the pocket what makes people think he can dance??

T.O. and Ochocinco will be fighting by the end of the year.

Matt Leinart will be a TV commentator after this season.

Thinking I will go with Cici's pizza this year over Domino's. Much cheaper and times are tough.
The Indianapolis Colts will not make the playoffs this year.
I would rather stay at home with my big screen tv, Red Zone channel and surround sound than to attend a game at a stadium.
Everyone will wish they had Ryan Mathews on their fantasy teams.
Vernon Davis should not be the highest paid TE in the league.
It sucks that Tom Brady can stand up straight, tall and still in the pocket while Roethlisberger has to run for his life every down. Man if roles were reversed I would love to see what kind of QB Brady really is.
Last but not least, the Steelers will win the Superbowl this year. Yea, I know...I say it every year. A girl has to be loyal to her team no matter what.

As chosen by SportsMemorabilia.com readers!

What I am Reading...

What I am Listening To... 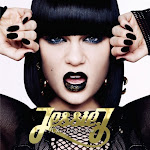 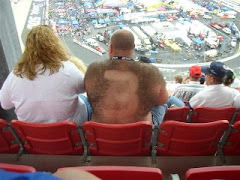 One more reason for me to dislike Nascar

Subjects of My Affection